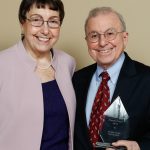 Jewelry Judge Ben Gordon is an accredited member of the Houston Better Business Bureau and maintains their A+ rating.   For more information click “2016 BBB Awards for Excellence”.